If there's a lens the polarizing filter doesn't love, it's the super-wide-angle lens (like a 12mm or 10.5mm, etc.). Because the field of view is so wide, the sky winds up having uneven shades of blue, and because of that, many pros avoid using polarizers with super-wide-angle lenses. Also, when it comes to polarizers, it pays to buy a good one -that way it will be truly color balanced. It doesn't pay to scrimp here.

Okay, so you're thinking that it's an overcast or drizzly day, and you're going to spend the day inside working on your photos in Photoshop. That's not the worst idea in the world, but you'll miss some great shooting opportunities, like:

1. Right after a rain, while it's still cloudy and dark, is the perfect time to shoot foliage, forests (the green leaves look more saturated and alive, even leaves on the ground look good, plus the water droplets on the leaves and flowers add interest), mossy rivers, and waterfalls (you can use slower shutter speeds while the sun is buried behind the overcast rain clouds).

2. If it's storming, there's a good chance that right after the rain stops, and the clouds break, and the sun peeks through, there's a very dramatic shot coming. It may only last a couple of minutes, and it will either start storming again or clear up and just get really sunny (an outdoor photographer's enemy), so be ready for those few magical moments between storms. They're worth waiting for.

3. Before the storm "lets loose," you can get some really amazing skies, with angry clouds and sometimes colorful light or strong light beams. Most people miss these shots, so be ready (just don't shoot in the rain, to protect you and your gear).

Besides just keeping us here on earth, the atmosphere (low-hanging clouds or fog) can make for some really interesting landscape photos (we're talking soft, diffused light heaven). In fact, some of my personal favorite shots are taken when the fog rolls in between mountains (but of course, you need to shoot this from above the fog on a higher mountaintop). I've shot horses on the beach with the fog rolling in and it creates almost a Hollywood fantasy effect that looks great on film (digital film, anyway). Also, beams of light in the forest, beaming through moisture in the air, or through thick fog, can be just amazing. Get up early (or miss dinner) to make the most of these atmospheric effects.

Fog and moisture are fancy names for water, and digital cameras flat out do not like water, so make sure your gear is not getting silently soaked. You can buy rain gear for your camera from B&H, but in a pinch, use the shower cap from your hotel room and put it around your camera —it's not pretty, but it works.

Getting Rid of Lens Flare. The Manual Way

Another great reason to wear a baseball cap when you shoot (besides the two obvious reasons: [1] it protects you from the harmful rays of the sun, and [2] it looks cool) is to help eliminate (or at the very least, reduce) lens flare. If you're using a lens hood on your camera, that can certainly help, but I've found that often it alone is not enough. That's where your ballcap comes in -just take it off and position it above the right or left top side of your lens (depending on where the sun is positioned). Then look through your camera's viewfinder to see (1) right where to position your ballcap so it blocks the lens flare from the sun (it's easier than you think), and (2) to make sure your ballcap doesn't show up in your photo (I've had more than one photo with the edge of a ballcap in the frame. I guess that's why they make Photoshop —to remove silly stuff like that). I'm still surprised how well this totally manual technique for removing lens flare works.

So, earlier you learned about the polarizer and how essential that filter is. This filter, the neutral density gradient filter, isn't necessarily essential but it is the secret weapon of professional landscape photographers. It lets them balance the exposure between the ground and the sky to capture a range of exposure which, without it, their camera could never pull off (it's either going to expose for the ground or for the sky, but not both at the same time).

For example, let's say you're shooting a landscape at sunset. If you expose for the sky, the sky will look great but the ground will be way too dark. If you expose for the ground, then the sky will be way too light. So, how do you get both the sky and the ground to look right? With a neutral density gradient filter (a filter that's dark at the top and smoothly graduates down to transparent at the bottom). What this essentially does is darken the sky (which would have been overexposed), while leaving the ground untouched, but the brilliance of it is the gradient —it moves from darkening (at the top of the filter) and then graduates smoothly down to transparent (on the ground). That way it only darkens the sky, but it does so in a way that makes the top of the sky darker, and then your sky gradually becomes lighter until the filter has no effect at all by the time it reaches the ground. The result is a photo where both the sky and ground look properly exposed.

There is nothing that looks worse than a crooked horizon line. It's like when you don't get the flesh-tone color right in a photo -it just jumps out at people (and people can't resist pointing this out. It doesn't matter if you've taken a photo with composition that would make Ansel Adams proud, they'll immediately say, "Your

A great way to avoid this is with a double level —a simple little gizmo that slides into your flash hot shoe (that little bracket on the top of your camera where you'd attach an external flash). This double level gizmo has a mini-version of the bubble level you'd find at Home Depot and it lets you clearly see, in an instant, if your camera is level (and thus, your horizon line). The double level version works whether your camera is shooting in portrait or landscape orientation and is worth its weight in gold (of course, that's not saying very much, because I doubt the thing weighs even one ounce, but you get my drift). As luck would have it, they're more expensive than they should be -between $25 and $75- but still very worth it.

This is another one of those things that may initially illicit a "Duh" response, but I've been out shooting with more photographers than I can think of who didn't think of this simple concept when shooting on gray, overcast days -shoot to avoid the sky. I know, it sounds silly when you're reading it here, but I've heard it time and time again, "Ah, the sky is so gray today, I'm not going to shoot." Baloney. Just take shots that limit the amount of visible sky. That way, if you make a tonal adjustment later in Photoshop (that's a fancy way of saying, "I'm going to make the sky look bluer than it really was on that gray, overcast day"), you won't have to work very hard. This just happened on my last shoot, where we'd have 20 minutes of blue sky and then an hour and a half of gray, overcast sky. I just really limited the amount of sky in my photos (I was shooting urban city photos), and then it took just seconds to fix in Photoshop. Here's what I did:

Although we usually tend to think of the digital camera as the best thing since sliced bread, there are both pros and cons with its use. Nothing is available on the market that does not have both a good and a bad side, but the key is to weigh the good against the bad in order to come up with the best of both worlds. 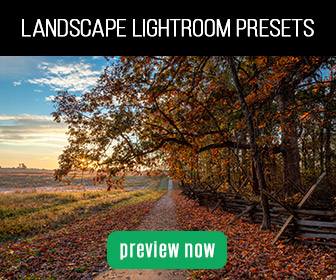