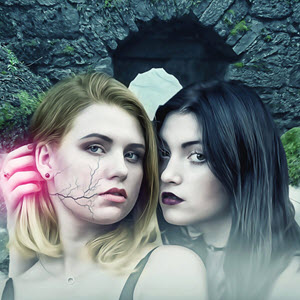 Taken from the pages of

Ian Monckton and Tracey Gordon pu I led into a layby near 1 nvermori sto n at 11 p m, with th e wi ndow down, and heard a commotion in the loch. Using the car headlights,they snapped a picture of what the believe to be Nessle. Mr Monckton said: 'There is clearlyaverylargeshapeinthewater that looks aquatlca few metres out fro m where I was sta ndi ng an d you j ust see the tips of the trees lower down the slope to the loch in the photo.'He has passed the picture to naturalist Adrian Shine of the Loch Ness Project to get his expert opinion. (Source-Donald Wilson, Highland News).

YORKSHIRE PANTHER: Awitness relates:'! was sat on the front seat above the driver of the Classic Coach Tours Bus, and we had left York City at 4.i5prrtto avoid heavy traffic. We travelled along the AiM which is three la nes of t raffic, travellingnorth,anda car on our left overtook the bus; we were in the middle lane, and there was acarorvehicleonourright,whichwas just about to overtake us. As I watched out of the front window, I saw what I thought to be a feral cat (small), but as we drew closer, the cat was not small) but very large. The cat had nowhere to go,andturnedintoourllghts,snarled anddrewclosetotheground.andthen bounded towards us on the leftside of the bus. Its large thighsand the huge thickness of the base of its tail (about 7-Sincheswide),flewpastthewindow into the blackness. The cat had leapt intothe road and the middle lane, but be cau se of two oth e rveh ic I es coming ahead of the coach, It could not attempt to reach the sides of the road at either side, and had no choice to try and escape anyway it could. I hoped it had not been hit by anything behind us.'(Source - Bio Cats en Britain).

= tlie ground by paranormal means, or to similarly cause objects to levitate. Joe Nuzum is

= Schwarz found that Nuzum was 'in a trance state maybe 90 percent of the time', adding,

= 'He's in llis own world. He makes reality conform to his own standards of vivid fantasy!'

= psychic powers, including the ability to materialise water or blood, dematerialise crystals,

| bend laser beams - and levitate. This picture of him levitating is one of a sequence that

§ shows that his unsupported position remained unchanged. There is 110 blurring caused

E by movement, and a photo-technician who independently studied the negatives could

= find no strings or attachments.

= © Dh B. E. Schwahz/Fortean Picture Library of t he d rivers was s potted taki ng a photograph of the creature but no one has come forward with a photograph yet. (Source - nrrv-./i